"Bex to Burcombe" with an infectious giggle was often shouted out on local car journeys by our daughter, Rebecca Maitland, when we spotted any of the HGVs from local firm Burcombe Haulage out on the roads. As a wonderful Christmas present last year her friends at Burcombe Haulage gave her a dedicated number plate – BH21BEX - to go on the next new lorry they commissioned.

Sadly, Becky (or Bex to her friends), did not get to see the lorry set off on its maiden journey on 19th July as she died on 30th April from Triple Negative Breast Cancer. But many people now look out for this distinctive lorry as it heads daily between Saltash in Cornwall and Birmingham and, when it is spotted, we hope that they remember Becky and donate to Action Against Cancer to support the research project for Triple Negative Breast Cancer.

On Becky's 34th birthday we held her memorial service and lit candles for her on a flower “birthday cake” during the service. We don’t say that she "lost her battle with cancer" as Becky did not like losing anything, so her service celebrated and remembered all that she had achieved in her life, that ended far too soon.

Whatever Becky did, she did it with energy, enthusiasm, and enjoyment. She inspired her friends and brother to run for longer or faster, she continued to ride her horse despite being in pain, as a teacher she supported her pupils and colleagues to achieve their best, and she kept her positive attitude through all the 16 months of diagnoses and treatments that she coped with.

Having cancer during the Covid pandemic meant she did not have the fear of missing out on all her usual activities with her friends and at work and could spend more time with her husband and family. This is what she focused on, not that she had to attend many appointments on her own or over the phone, had restricted visiting during a hospital stay, or had to have limited contact with people because of infection.

Becky repeatedly looked for any sign of improvements that the many treatments were curing her, that she had six stored embryos, that the next treatment would work, and that "tomorrow would be better".

Becky had signed up for the Virtual London Marathon in October realising she would be unable to run it but that she would walk it. We will be walking for her in her memory and aiming to raise some more on her Virgin Money In Memory fundraising page for Action Against Cancer. And, of course, we will continue shouting out "Bex to Burcombe" with a wave and a laugh, and hope her story will inspire others to do the same!

If you would like to add your support to Becky’s fundraising page, you can do so here 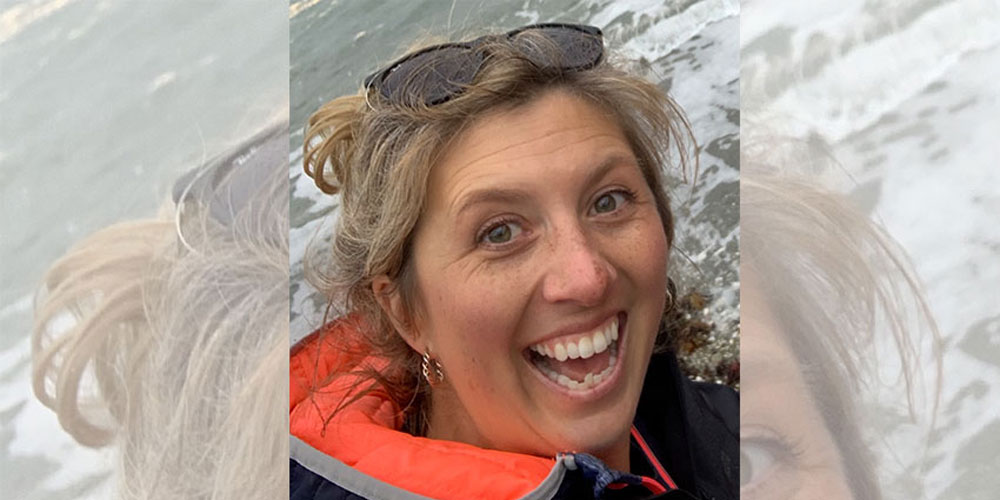